This site uses custom CSS and/or Javascript files, managed by TAPS UK . Please be aware of this before debugging further.
If the issue is with the custom CSS/Javascript, please advise the client this is the case.

Everything you need to know about Heated Towel Rails 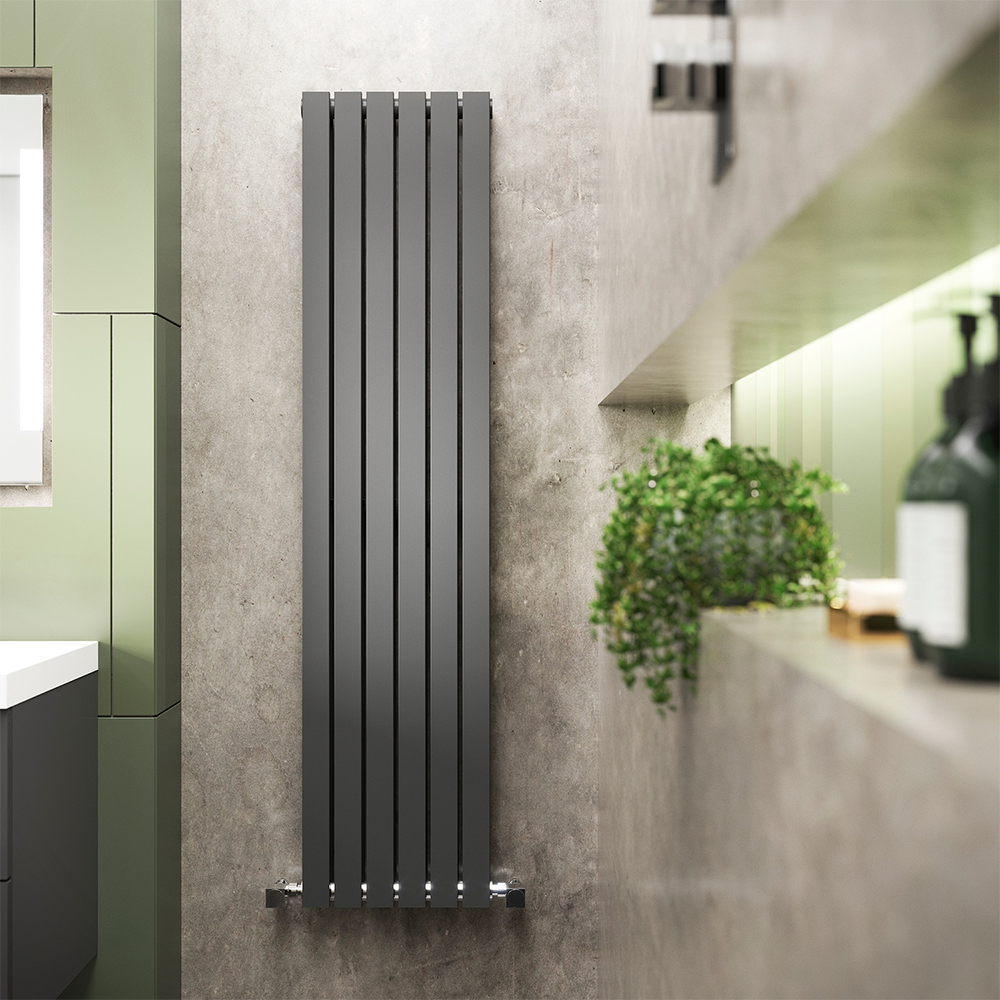 There was a time when a heated towel rail or heated towel radiator was considered something of a luxury in the average home but thanks to modern technology, intelligent design, and better materials they are now much more affordable. Towel rails provide a vital function in heating a room but also offer practicality in warming towels.

Our complete guide on bathroom heating will cover choosing, installing, and looking after your heated towel rail to help you make the best choice and get the perfect finish for your room.

The heated towel rail makes a great addition to an existing radiator in a larger bathroom or as a source of warmth on its own for smaller rooms. They can be highly stylish and practical and with a range of designs and colour options add an excellent touch to any style of bathroom. These are connected to your existing gas central heating system with hot water being pumped through to provide warmth much like a conventional radiator. You will need a set of valves if they aren’t supplied with the towel rail for the heat level to be adjusted.

If you are looking to add a character heated towel rail or have a period property then a traditional heated towel rail may be an option for you. Although they do not have as much space as a ladder-style towel rail for warming towels, they have a good heat output combining practicality and rustic charm complementing other period features you have.

If you do not have a gas central heating system, do not worry you can fit an electric towel rail to the mains electrical supply. A great benefit of an electric towel rail is that you can turn it on as required so it is only used when needed, meaning they are very cost-effective and energy-efficient. Some come with a thermostat so you can vary the heat output whereas others have a fixed output. You would need to have a qualified electrical engineer to fit this.

Many people choose a dual fuel towel rail that combines the heated and electric towel rails above. A dual fuel towel rail allows you to decide if you want it to come on independently via the mains electricity or at the same time as your central heating system. This is especially useful in the summer when the central heating is rarely used as you can still warm and dry towels. You will need to check if you need to buy a heating element separately or if it is included.

Can you heat a Bathroom with a Towel Rail?

Heated towel rails connected to the central heating system work similarly to standard radiators but do emit less heat than a radiator of comparable size.

Heated towel rails can be left on continuously, like standard radiators but if you have an electrically heated towel rail it is better and safer to limit usage and turn them on only when needed, rather than leaving it on all the time.

It is important when looking at a heated towel rail to consider how it will be used. If you are using the towel rail to heat towels you will not need as high output compared to if you want to heat the room or even do both. An average bathroom measures around 2.5m x 2.5m x 2.5m and would need a heated towel rail with a heat output of around 1150 BTU (British Thermal Units). Generally, the larger the towel rail the higher the heat output, using an online heating calculator (like this one here) can help you determine the BTU recommended for a particular room.

Where should I place my heated towel rail?

It is important to take some time to consider exactly where you want to place your new towel rail for convenience, ease of use, and how it looks in relation to the rest of your room. The position will normally depend on:

If using your towel rail to heat the room as well as warm towels it is most important to have it in a position where heat can radiate around the room without being blocked by doors or furniture. Ideally, this will be the coldest wall in the room, the wall with a window or other external wall to help distribute the heat.

Practically, it is also important to position the towel rail within reaching distance of your bath or shower so warm towels are easy to get to.

You will need to take some measurements and consider both the size of the heated towel rail and the wall you are fixing it to. You also need to consider any restrictions in fitting a towel rail near water sources. If you are unsure if this applies, we would recommend contacting a registered tradesperson to check before making a purchase.

If you do not have DIY or plumbing experience or do not have a conventional heating system, we recommend employing a plumber. With electrical or dual fuel towel rails you MUST use a fully qualified electrical engineer to install as the towel rail is connected to the mains electricity supply.

Before beginning to fit your heated towel rail ensure that it does fit in the space required. If you are redecorating the room, it is much easier to paint or tile the area before you fit the towel rail so we do recommend doing this first. You may need to make changes to pipework under the floor though so it is best to leave the flooring until afterwards just in case. Ensure that your central heating system is fully switched off and drained.

If you are replacing an existing heated towel rail with the same dimensions you should be able to do a straight swap providing the pipework is in the same position. If the new towel rail has a slightly wider or slimmer profile you may need a plumber to adjust the existing pipework particularly if it comes from the floor rather than the wall.

When not replacing an existing towel rail or radiator you will need to make a note of any obstructions and the location of where the pipes will be connected. You will also need approximately 100-200mm at the bottom of the heated towel rail to be able to connect it up.

How Much Does It Cost to Install a Heated Towel Rail?

How do I Adjust or Replace Heated Towel Rail Valves?

The most common reason for replacing the heated towel rail valves is to upgrade them to thermostatic valves where the heat output can be adjusted or the radiator can be set to come once the room drops to a specific temperature and off once it reaches a specific temperature. The valves may also need replacing if they have developed a fault or if you want to change them for aesthetic reasons.

How Do I Bleed Heated Towel Rail Valves?

It is important to maintain a heated towel rail like it is with any other radiator to get the best out of its performance and to ensure that it runs smoothly. It is recommended to bleed radiators annually or when making any changes or repairs to the heating system. If your towel rail is on but cooler at the top than the bottom, the most likely cause is that there is air in the system stopping the water circulating the entire towel rail and the valve needs opening to remove it. Bleeding a heated towel rail is simple and doesn’t require a professional. You will need a radiator key or flat head screwdriver, a spanner/allen key, and a towel/rag.

How Do I Clean Heated Towel Rails?

Maintaining your heated towel rail will increase its longevity and ensure it operates at its best. With heated towel rails most commonly used in bathrooms, kitchens, and utility rooms they do accumulate dust and dirt so it is important to clean them regularly. Heated towel rails only need wiping over with a soft damp cloth to remove dust and dirt, not only keeping them looking good and preserving the quality of the finish but also ensure you get the maximum heat output from them. 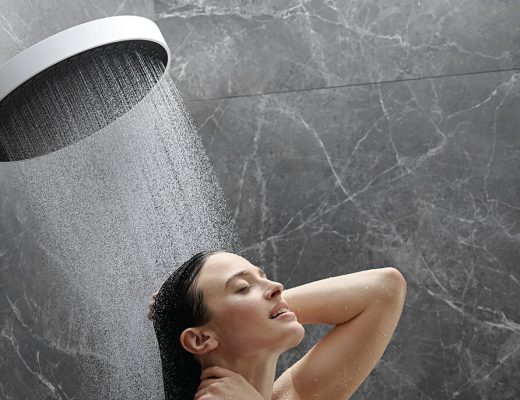 Which is the right type of shower for you? 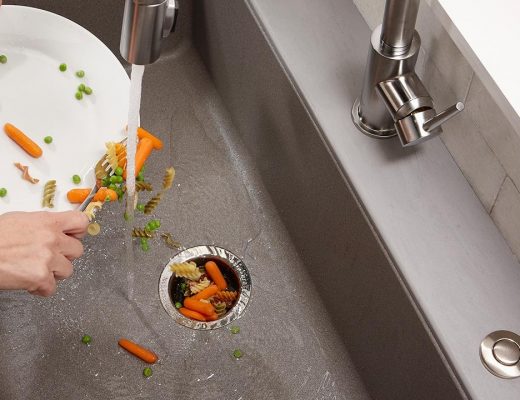 What is a Kitchen Waste Disposal? 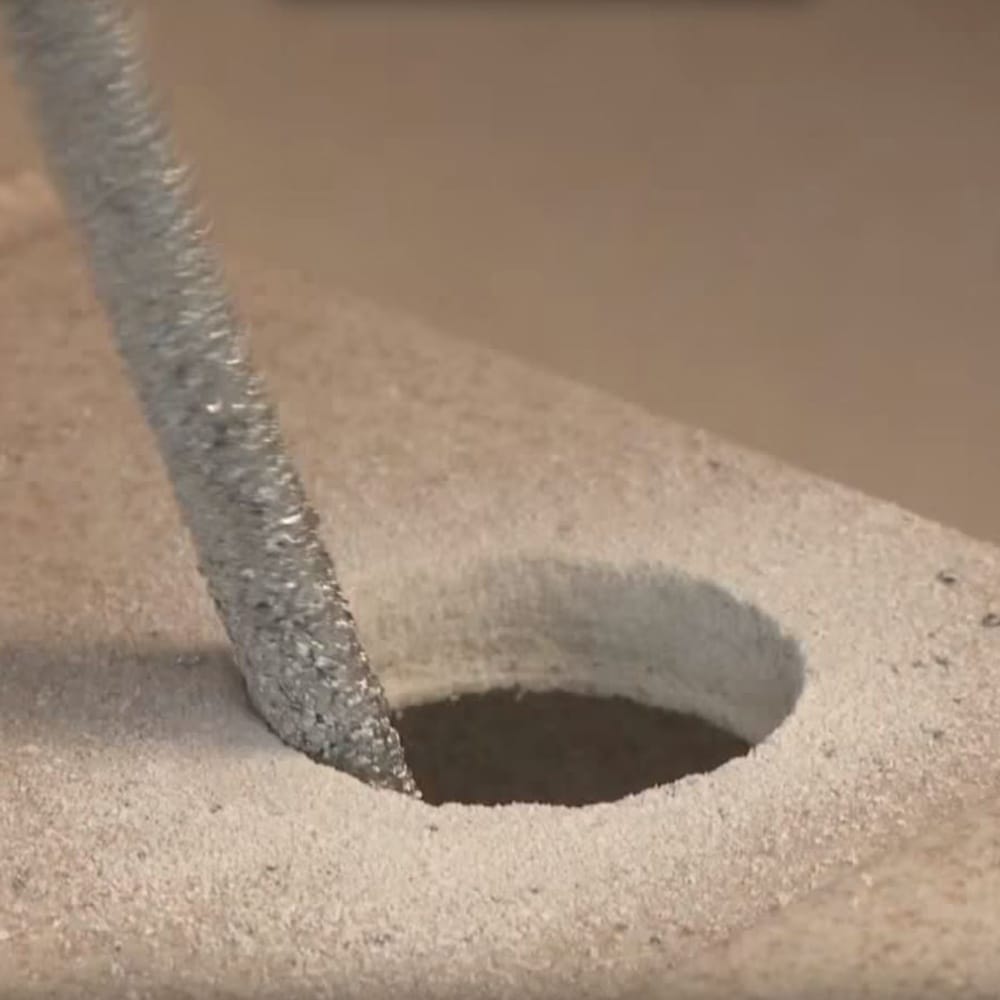 How to knock a tap hole in a ceramic sink