Should I get a kettle tap in my kitchen? 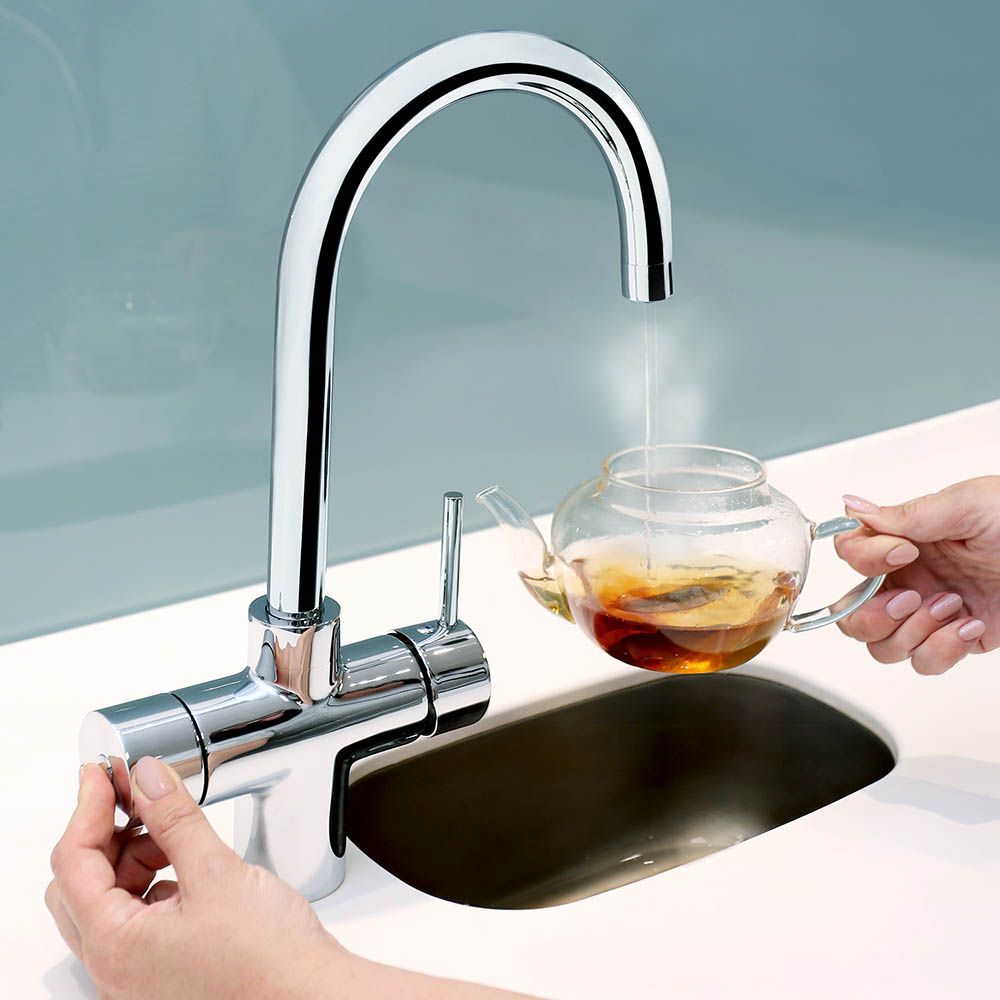 As the name suggest, kettle taps are most popular for replacing the traditional kettle but they can do so much more than that. Kettle taps are convenient and slick and help to streamline the look of a kitchen.

Whilst we do refer to these taps as boiling water taps, the ‘boiling’ water received from the majority of brands is actually around 98°C (with the exception of the Quooker boiling tap at 100°C). The water is not truly boiling mainly because it has to make its way out of the spout from the tank and so cools slightly as it travels, as boiling water taps are most often used for making tea or coffee, neither of which are meant to be made with boiling water this is rarely an issue for consumers.

Find below some pictures of our more popular taps;

How Do Kettle Taps Work?

Kettle taps use the mains cold feed to store water within a tank which is fitted in a kitchen cupboard, usually the one underneath your sink.The tank is plugged in at the mains and connected to your water supply. It keeps the water at a very warm temperature and ‘boils’ it quickly so that hot water is available on demand, there’s no need to wait for a filled kettle to boil as each time you turn the tap, hot water is produced instantly.

The actual installation of a kettle tap is very similar to an everyday tap, we do recommend using a qualified plumber due to it involving very hot water and as there are a few more connection to be made than a standard kitchen tap. It is important to make sure that you have a plug socket nearby and that you have the right amount of space in your kitchen cupboard for the tank as these can vary in size depending on the capacity.

Here is a demonstration video on how a boiling hot water tap is commonly installed. Fittings will be different but the principle is very similar, and it gives you a great idea of the requirements and parts involved.

What are the Benefits of a Kettle tap?

The convenience of a kettle tap seems to be one of its biggest advantages. No more waiting around for the kettle to boil, with boiling water instantly available from a hot water tap it suits the busy lifestyle many of us now lead. Kettle taps are great for more than just cups of tea or coffee too, in the home you can fill pots and pans for cooking, sterilise baby bottles, rinse plates and cutlery and even thaw food. Hot water taps are also a great benefit in staff kitchens, reducing the amount of time it takes to make a drink and return to your desk, a valuable investment that can often pay for itself in a short amount of time. If you find lifting and pouring with an everyday kettle difficult a hot water tap will also much easier and safer for you to use.

How effecient is a Kettle tap?

Kettle taps also save water and energy but the extent of this would vary depending on how many times you would usually use a kettle in a day, some manufacturers’ test show as much as a 40% increase in efficiency when using a boiling water tap. As you only use the amount of water that you need by filling up cups and pans directly from the tap, water is not wasted and as you do not boil more water than you need or repeatedly boil the kettle because you got distracted by a phone call, the door or children hot water taps can be cheaper to run.

As some hot water taps also have mains cold and hot water they can replace the standard kitchen tap meaning your kitchen is more streamlined and less cluttered as there is no need for a kettle it also frees up more counter space.

The majority of boiling water taps come with a mineral filter which when replaced around every six months helps reduce limescale build up. The mineral filter ‘softens’ the water by removing some of the impurities before they reach the tank, this not only improves the taste of the water but it also protects the lifetime of the tank where the boiling water is heated and stored, particularly beneficial if you live in an area of hard water.

What are the Disadvantages of a Kettle Tap?

The price of kettle taps is the main sticking point for consumers and although the initial cost can seem considerable in comparison to buying a household kettle it really does depend on how much a boiling water tap will be used. If you are only going to use a hot water tap once a day a kettle will be cheaper but if you were to make several hot drinks a day then you stand to save on your energy bills.

Kettle taps cost approximately 3p a day when left on standby and the cost to boil a kitchen kettle is about 2.5p a litre. Boiling taps can initially cost between £200 and £1000 though, depending on the type and whether things like filters are included. It is recommended to replace filters at least every six months and although it is possible to fit a boiling water tap yourself, it can be complicated so you do need to consider the incorporating cost of filters and if you employ a qualified plumber too.

Although more economical than a kettle in terms of the amount of water and energy used, when you factor in the initial cost, fitting cost and filter costs you may not recoup your initial outlay.

How Safe are Kettle taps?

The thought of a tap that can instantly produce near boiling water can be daunting, especially if you have a young family. Kettle taps have a number of built in safety features to prevent them being turned on accidentally.

An instant hot water tap will have a lower pressure than a standard tap so that water does not splash you as it comes out of the spout or if it hits the bottom of the sink. Most brands also feature a sprung loaded safety handle where you need to push down a button and turn the handle and continue to do both of these for the tap to function. If you let go of the safety button or release the handle the water immediately stops so that hot water cannot be left running accidently and cause scalding. Many boiling water taps also have insulated sides so that they do not get hot even with boiling water travelling through them.

Childproof handles and other safety features on kettle taps ensure the risk of injury and scalding is less than when using a kitchen kettle.

Should I get a Kettle Tap?

This is a question we commonly get asked and the answer really comes down to convenience versus cost.

Kettle taps are a more permanent feature of your kitchen than a standard kettle and can function on as little as 1.0 bar of pressure. Boiling water taps offer with a range of functionalities, depending on your requirements and come in a variety of styles and finishes to suit both modern and traditional homes.

The main selling point of a kettle tap is that boiling water is instant, there’s no waiting around for the kitchen kettle to boil. However, the initial cost of an instant hot water tap is unlikely to be recouped assuming that you used the same kettle for the lifespan of the tap. If convenience is the key then a kettle tap is for you. 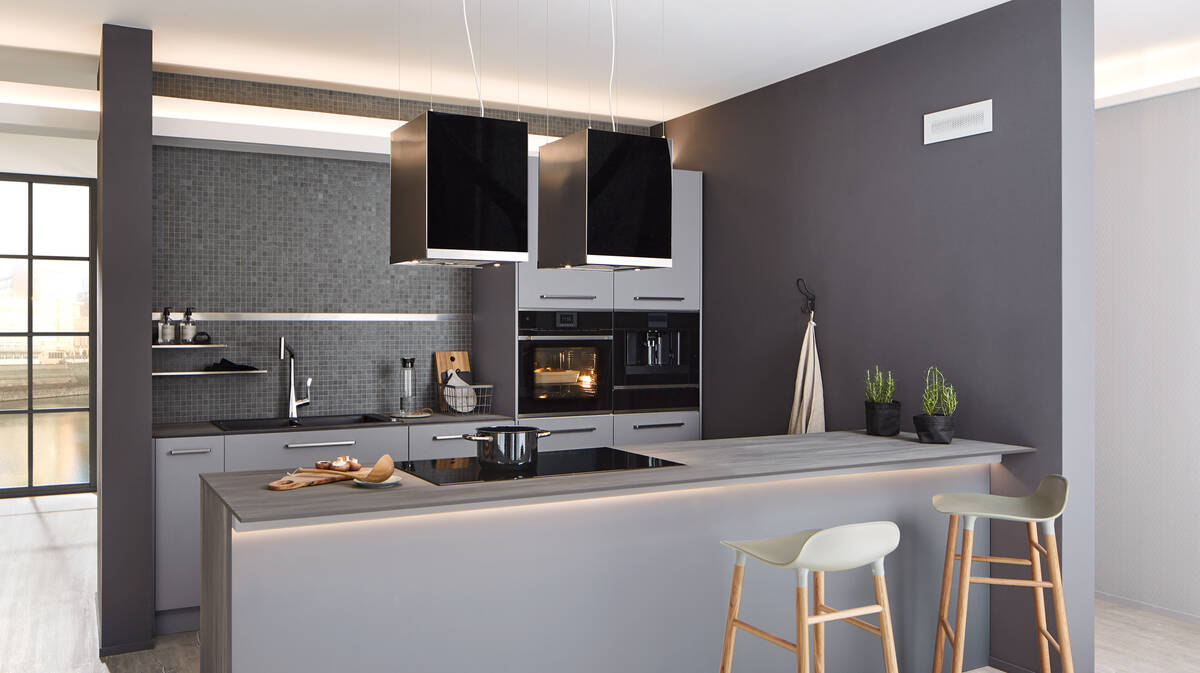 “All together now…!” – A journey through your kitchen essentials 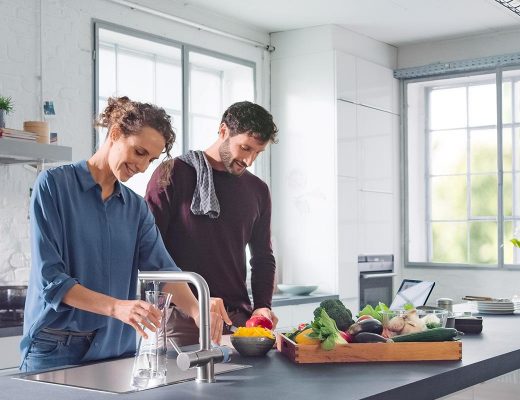 Why do I want a Kitchen Filter Tap? 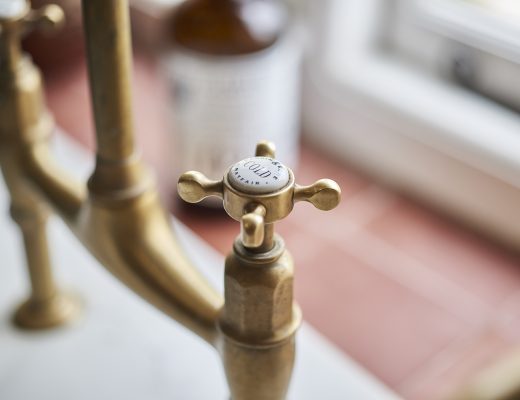 Perrin & Rowe finishes : Which one is right for you?